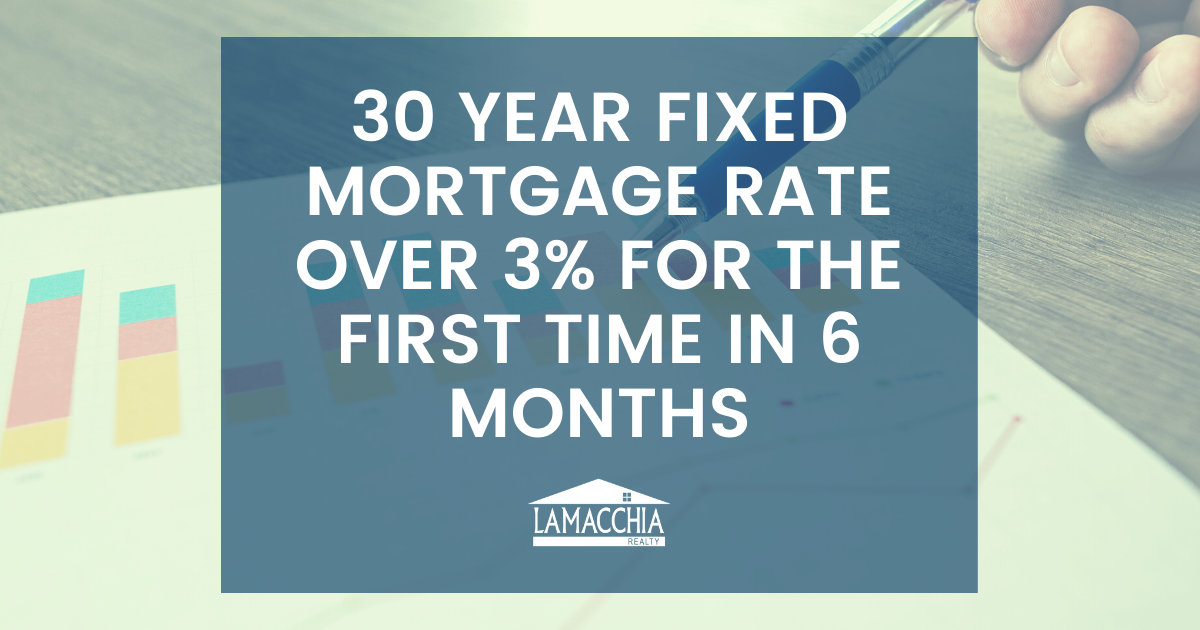 For the first time in months, mortgage interest rates have risen above 3%.  Improvements in employment, plummeting COVID cases, increased saving, and a likely fiscal stimulus are all factors influencing increased spending and therefore, inflation.  Just whispers of inflation for goods, services, and oil can put the bond market in a volatile path thereby lowering its value and boosting the rates for mortgages.  As we see current bond prices decrease, mortgage rates will inevitably increase due to their inverse relationship.

With such low inventory and massive demand, housing isn’t going to be impacted by this rate increase as one may fear. As it stands, average prices for homes increased by almost 9% in 2020 and are predicted to continue that trend and increase by around 10% in 2021. Though income hasn’t kept up with the roughly 5% annual increase in average prices since 2016 including the higher increase in 2020, the low rates have helped level the playing field and maintain affordability by mitigating borrowing costs.

A 30-year fixed mortgage just weeks ago was at 2.75% and is now resting between a 3.25% or 3.5% rate which, for this market, is a large shift in a very short amount of time. The historically low rates of 2.625% for qualified buyers boosted home affordability despite the increasing prices, and though rates in the 3’s are still low comparatively speaking, it’s the highest they’ve been in a while. The bond market only affects fixed-rate mortgages, so for now, jumbo loans are lower, which is atypical. 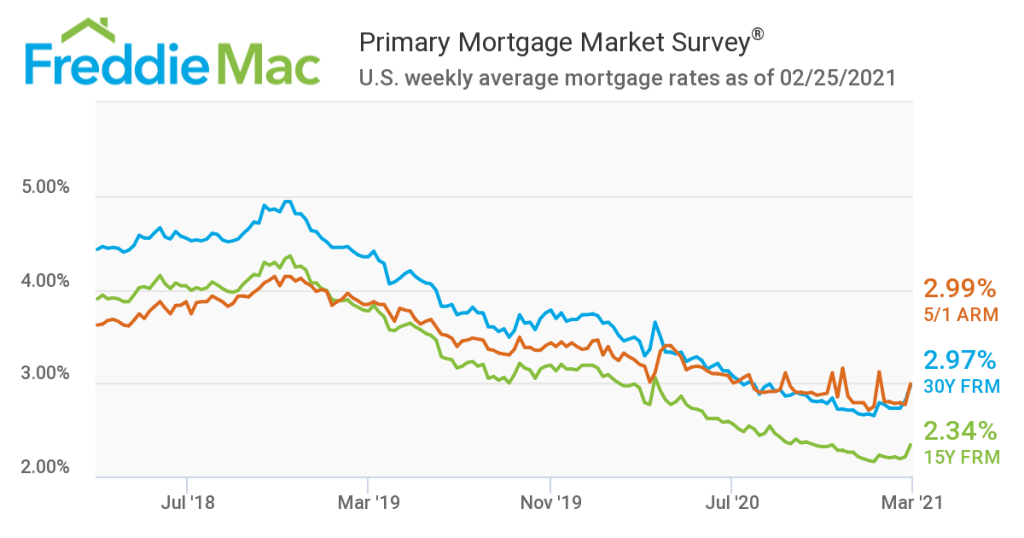 Put simply, for buyers or homeowners considering re-financing this means that it is going to cost more for them to borrow.  But how much more?

As Shant Banosian said in his February 26, 2021 mortgage update on Facebook, motivated buyers should at this point consider getting their pre-approvals updated and should be conversing with their Realtors about their home search and what they’re now qualified for with an adjusted budget.  As rates have already increased, they’re not expected to jump any higher so what we are at is likely the new norm provided that there may be some dips and adjustments over time.  Locking in your rate is wise.

Sellers have had the upper hand in the market and will likely maintain that control until more sellers list.  As the historically low inventory hopefully increases with more springtime sellers and buyers have more selection, sellers may have to consider adjusting their prices as the large pool of buyers who were interested in their homes may be dropping out now due to the increased borrowing costs and additional homes that may satisfy their search criteria.  For sellers who want to sell for the most money should sell now to take advantage of those buyers who are motivated and who have the buying power with their locked-in rates.